Menard Canada was approached to improve the stability of the dam slopes for the Kiena gold mine, located in Val d’Or, Qc. The main aim of this project is to increase the Factor of Safety (FoS) of the upstream and downstream dams for the static forces, permeability and rapid drainage occurring during or after an earthquake event.

The natural stratigraphy present in and around the Kiena Mine TSF consists of:

Menard performed Deep Soil Mixing (DSM) under the dykes to effectively increase the Factor of Safety, Shear Strength, stability, and load-bearing while reducing the permeability of the ground and the liquefaction. Deep Soil Mixing uses a unique tool for in situ mechanical mixing of the soil with binder through a process that simultaneously breaks down the soil without extraction and injects a binder at low pressure to create columns or panels of reinforced soil. The project is designed to divide the entire dyke area into equally spaced panels, each comprising three/four overlapping DSM columns. This effectively creates a shear wall whose overall strength can be varied according to the volume of grout injected and the design mix. During production, Quality control was closely managed by testing the grout samples for Specific gravity and viscosity. In contrast, the DSM composite mix was tested for the Unconfined Compression Strength (UCS) test. Ultimately, the homogeneity of the DSM composite mix was visually confirmed by retrieving Sonic Samples directly from the columns. 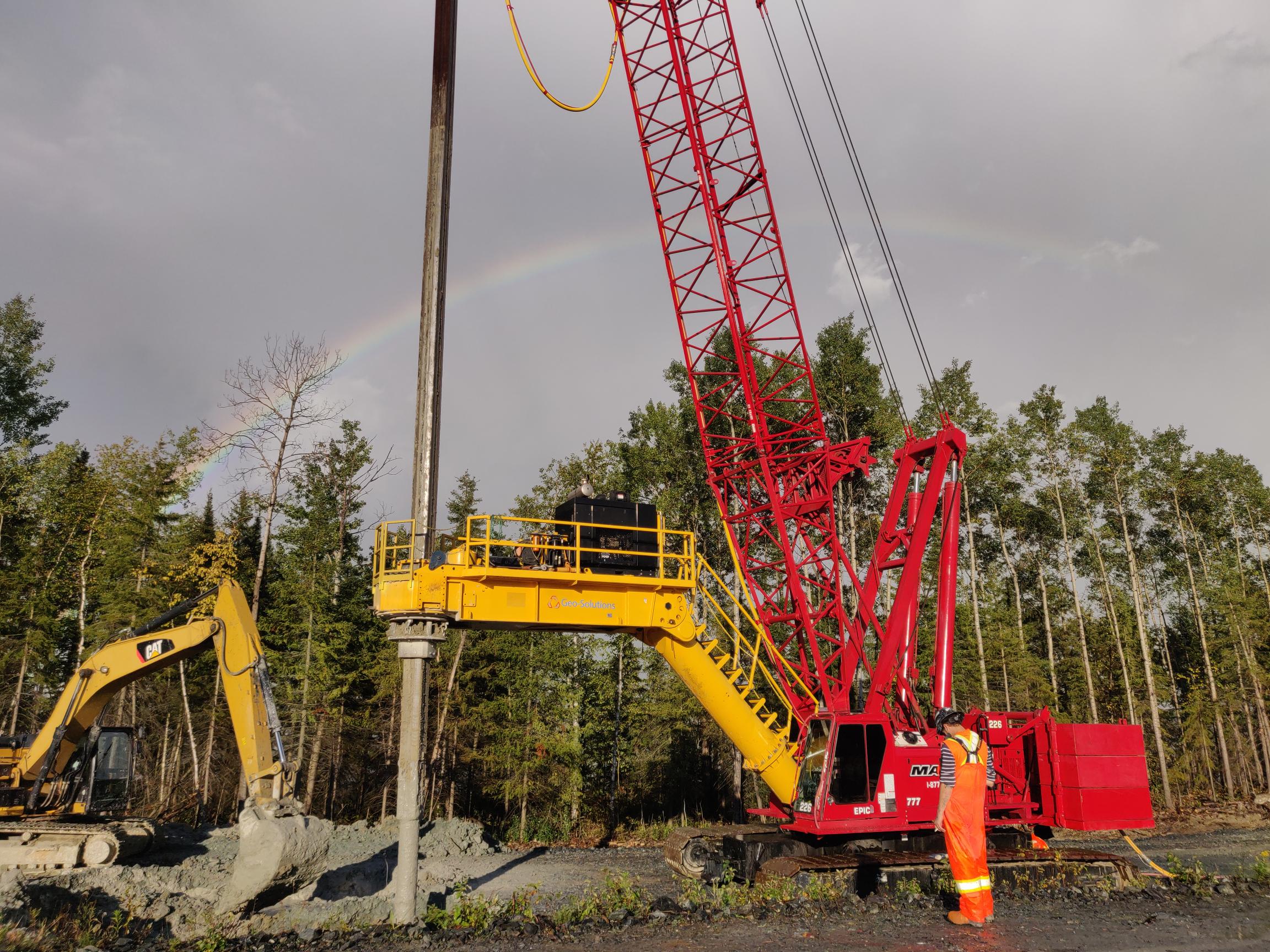