The British Columbia Ministry of Transportation and Infrastructure, South Coast Region, proposed to upgrade the existing Highway 91, Highway 17, and Highway 91 Connector corridor to improve travel safety and efficiency by reducing conflicts between commercial vehicles and other vehicles. The project had been broken out into four sections, including:

In general, there were shallow, soft compressible soils overlying liquefiable Fraser River sand with firm till-like soil at a considerable depth (+70 m). The top of the liquefiable sand varied from being near-surface near Section 1 (River Road) to as deep as 8 m near Section 4 (Nordel Interchange). A significant thickness of peat was present in the southeast quadrant of the Nordel Interchange.

“Liquefaction hazards were mitigated using stone columns as deep as 34.5 meters to improve the seismic requirement of embankments, retaining walls, abutment walls, and bridge foundations. The Wet Top Feed (WTF) method was chosen because of its capability to achieve a higher level of densification compared to dry bottom feed methods, as well as its ability to reach greater depths. The stone column installation was based on the use of trial areas and the performance of soil tests to ensure the required soil resistance was achieved at the end of the work.

Due to a top layer of Compressible soil in Section 3, Menard Canada and the Engineer proactively recommended additionally densifying the soil with Dynamic Compaction (DC).
The energy required and the total number of blows required for DC works were obtained by Heave Penetration Test (HPT).

The performance of Menard Canada’s densification efforts was confirmed by Cone Penetration Tests (CPTs) and Soil samples at multiple locations in each section.

An additional area of Section 3 was improved by installing Wick Drains (WD) to limit settlement generated by the highly compressible clay and organic material. The anchorage depth and spacing were based on the method specification defined by the Engineer. Most of the areas were predrilled to loosen the dense sand layer in order to reach the desired treatment Depth.” 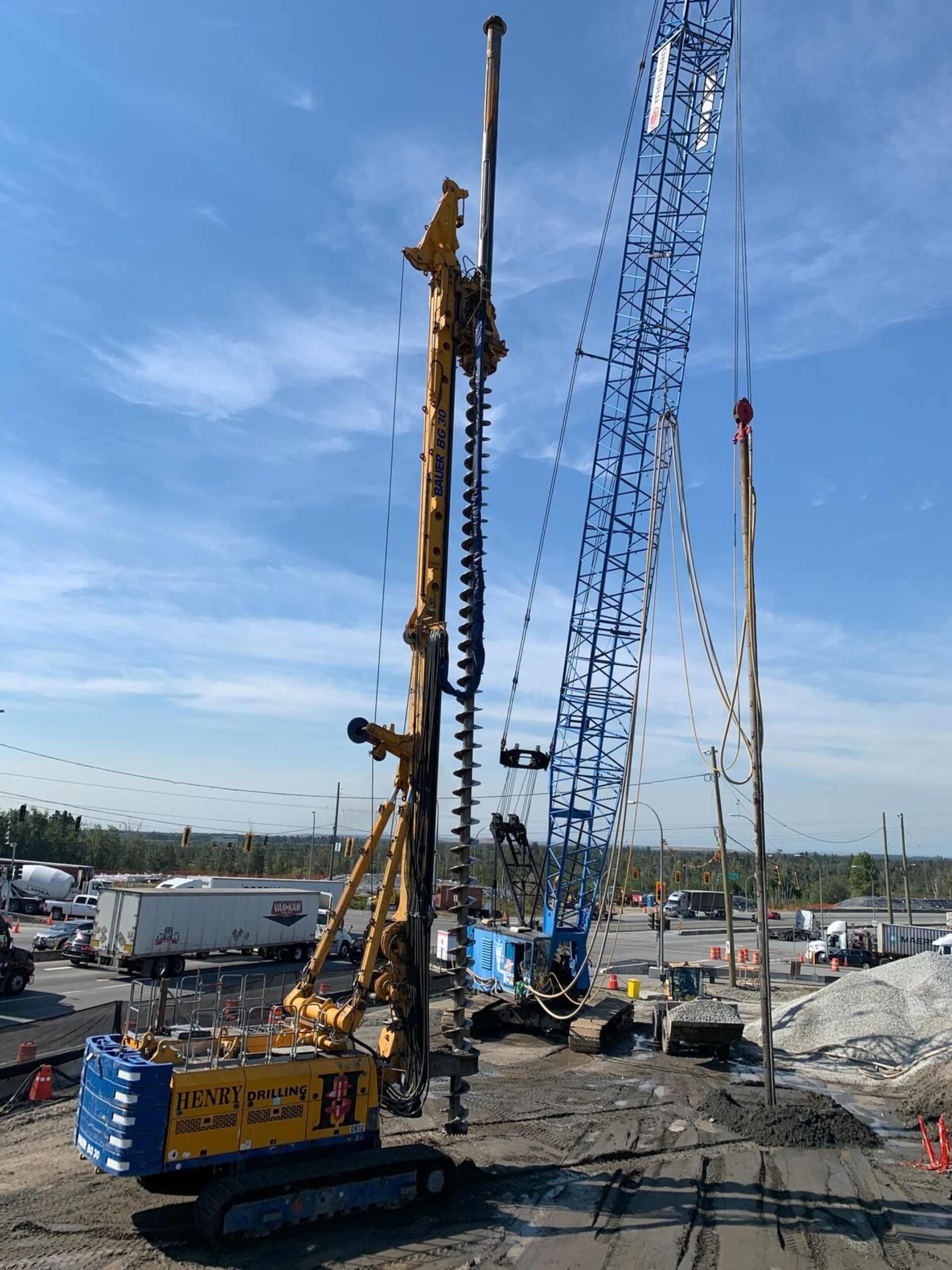