Menard Canada received the mandate from Boréa Construction to carry out soil improvement for the construction of future wind turbines at the Val-ÉO wind farm.

The Controlled Modulus Column (CMC) solution was chosen to reduce settlements and ensure the required bearing capacity under the foundations of 4 wind turbines.

The objective was to improve the thick layer of clay silt in these four locations.

The geotechnical data extracted from the drilling reports indicated the following profile:
• Organic soil: The thickness of the organic soil layer varies from 0 to 600mm.
• Cohesive deposit: The cohesive deposit is mainly composed of clay and silt to silt and clay with traces of sand.

The first 2.4 m of this soil is dense (layer of clay), resulting from the impact of the freeze/thaw cycle. The measured in-situ Cu varies between 36 to 92 kPa. The thickness of this layer varies between 6.2 m to 18.7 m.

• Granular deposit: A thin layer of granular material can be found on the rock.
• Rock: Rock was encountered between 18.7 m and the ground’s surface. The RQD values ​​varied between 85% and 100%, corresponding to good-quality rock.
The unconfined compressive strength measured varied between 182 and 328 MPa.

The controlled modulus columns (CMC) were made with one piece of equipment from 4 work platforms. A total of 380 CMCs were made.

A static test was carried out for each wind turbine (4 in total) and made it possible to validate the assumptions used in the dimensioning. 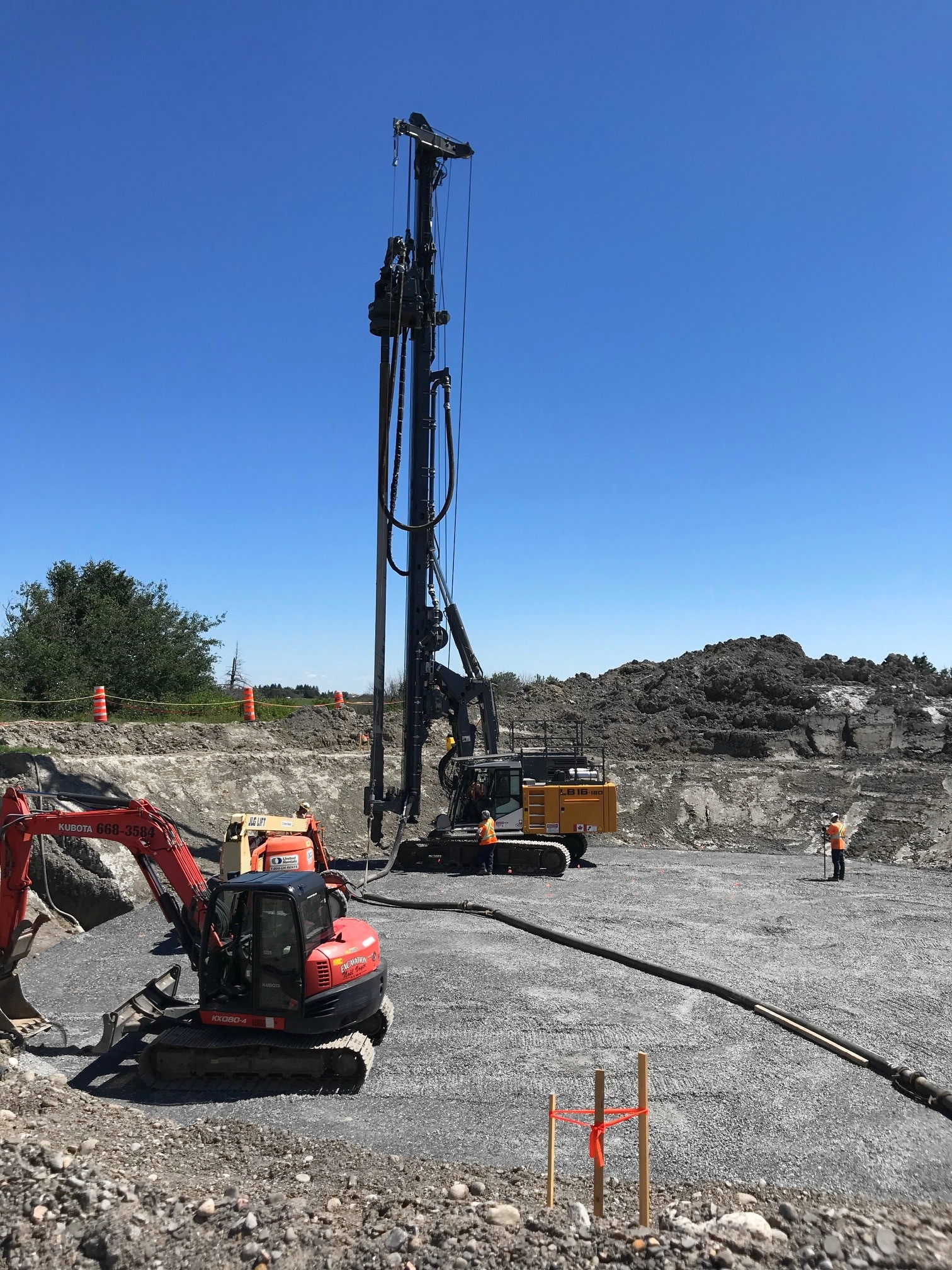