Groundwater varies with tidal conditions and can be as high as 1.5m below the work platform.

Vibro Replacement stone column densification was required along the dike in order to prevent settlement caused by soil liquefaction in the event of an earthquake. Considering the soil conditions and the maximum treatment depth of 24m, Wet Top feed was considered to be the most reliable and convenient solution. On the contrary, Menard utilized dry-bottom-feed stone column installation techniques to protect the nearby water body from spoil or runoff from the dike. Stone columns were installed to a maximum depth of 24m on a triangular grid pattern to meet the specified CPT tip resistance performance-based requirements. Menard carried out the densification in two phases to accommodate the General Contractor’s schedule and budget.

Densification work began with two trial areas consisting of 12 stone columns each to assess the effectiveness of the proposed method and stone column spacing. Production work applied similar methodologies to those proven successful in the trial area. Since the existing dike was placed over an old demolished dockyard with concrete and other construction debris in addition to previously installed Timber Piles still present in the ground, Menard anticipated the risk of refusal and damage to the equipment. Menard mobilized a drill rig to predrill the top 12m of the soil to displace/remove any obstruction and loosen the soil below. Any man-made obstruction witnessed at a relatively shallower depth was excavated and removed while the SCs around the deeper obstructions were shifted. During the second phase of the project, the SC location was predrilled to full depth to increase the productivity of SC installation.project’s second phase

After the densification works, the treatment area was validated with approximately 40 Cone Penetration Tests along the length of the dike to confirm ground improvement results. 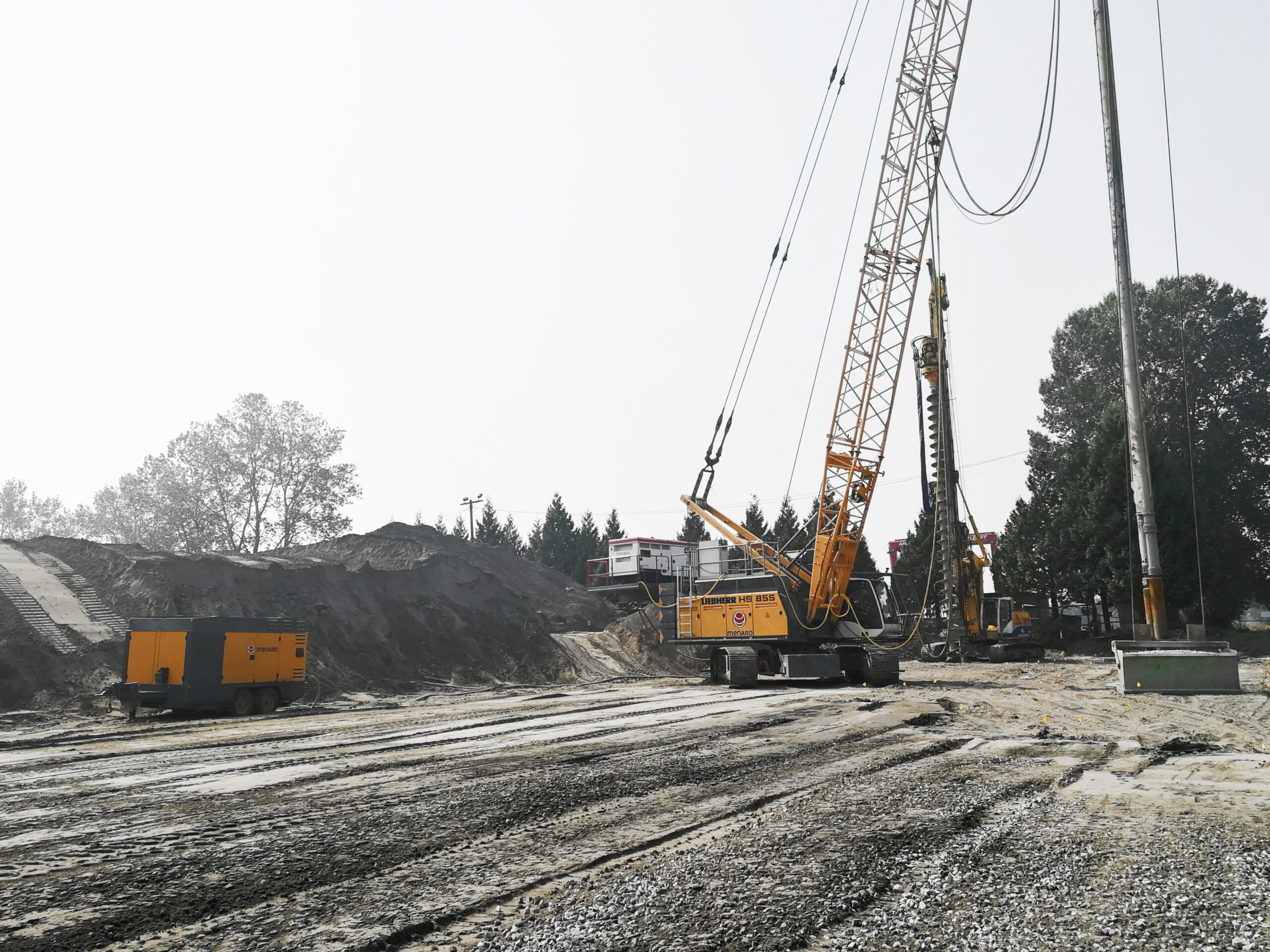 Installation of Stone Columns Being Installed