Menard was awarded this project by Magil Construction on behalf of the client Hydro One for the soil improvement of a site for developing a operations and storage building. The proposed solution of Wick Drains was installed over an average depth of 18m through the silty clay under the future facility. The project was located in Dunnville and was completed for the Hamilton BU.

The site’s ground conditions were primarily composed of:

Menard provided all labour, equipment, and wick drain material to install wick drains:
Ultimately, and as part of the ongoing pre-loading/surcharge program, Wick Drains were installed in several zones of the property to speed up the consolidation process of the compressible clay. 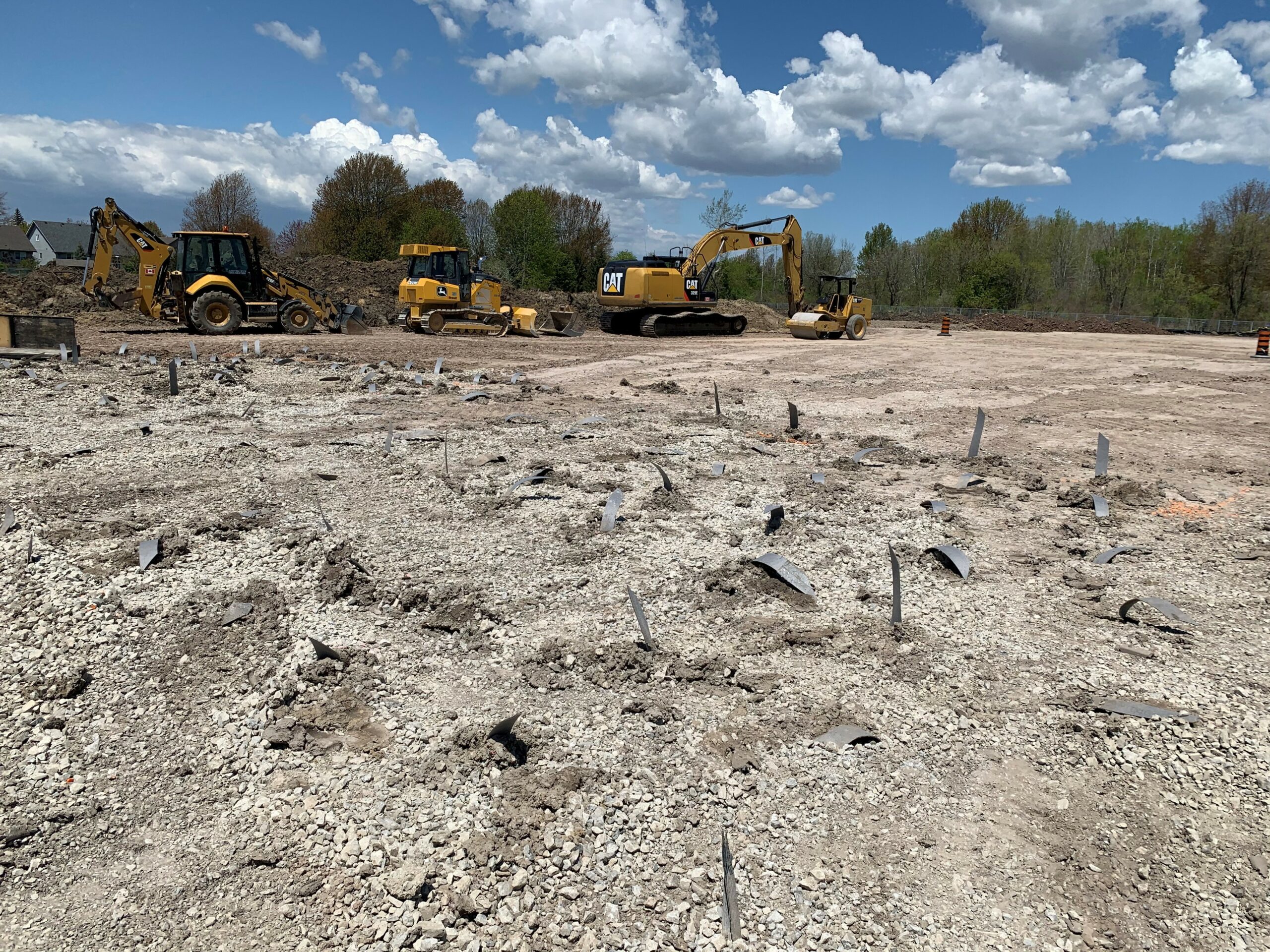