Nouvel commissioned Menard Canada to improve the soil of the foundations and the slab of the future seniors’ home at 140 av du Pont N in Alma (Quebec). The area of ​​the future buildings is 6239m2, including an overflow of 3m.

Menard Canada carried out the Dynamic Compaction using a conventional crane to densify the granular soils to a thickness of 5.5 meters. Treated soils will meet the following performance criteria:

The three (3) boreholes with pressuremeter tests, the two (2) piezometric sensors and the associated calculations showed that the criteria were met. 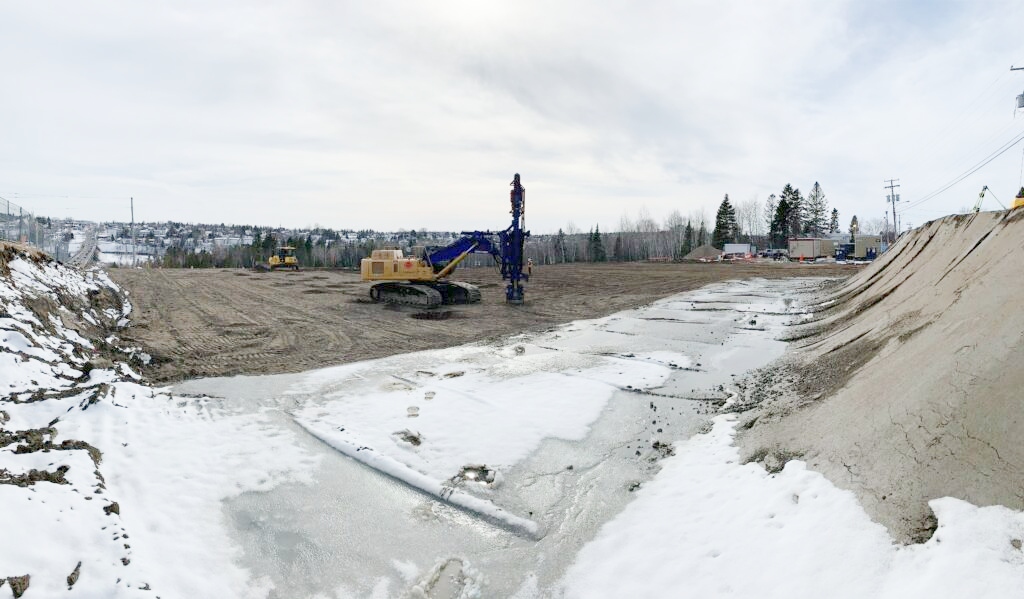