As part of the redevelopment of a former gravel pit/quarry facility, Vicano Development planned the construction of a new industrial building in Brantford, Ontario. Unsuitable soils were identified for a portion of the proposed industrial structure which required ground improvement to achieve the specified bearing capacity and settlement control for the column pad footings.

The soil conditions at the site generally consisted of a silty sand/silt fill with gravel and cobbles underlain by very soft and oversaturated silts becoming native sand/silt deposits. During the recent test pit investigation, groundwater levels were identified within the lower fill soils.

Prior to the ground improvement works, the work areas were stripped of surficial topsoil and roughly graded.

To support a portion of the building’s pad footings, concrete Rigid Inclusions were installed utilizing a Vibro-Auger. A total of 60 columns were installed through the soft and oversaturated silts to control settlement and improve the bearing capacity of the individual footings. 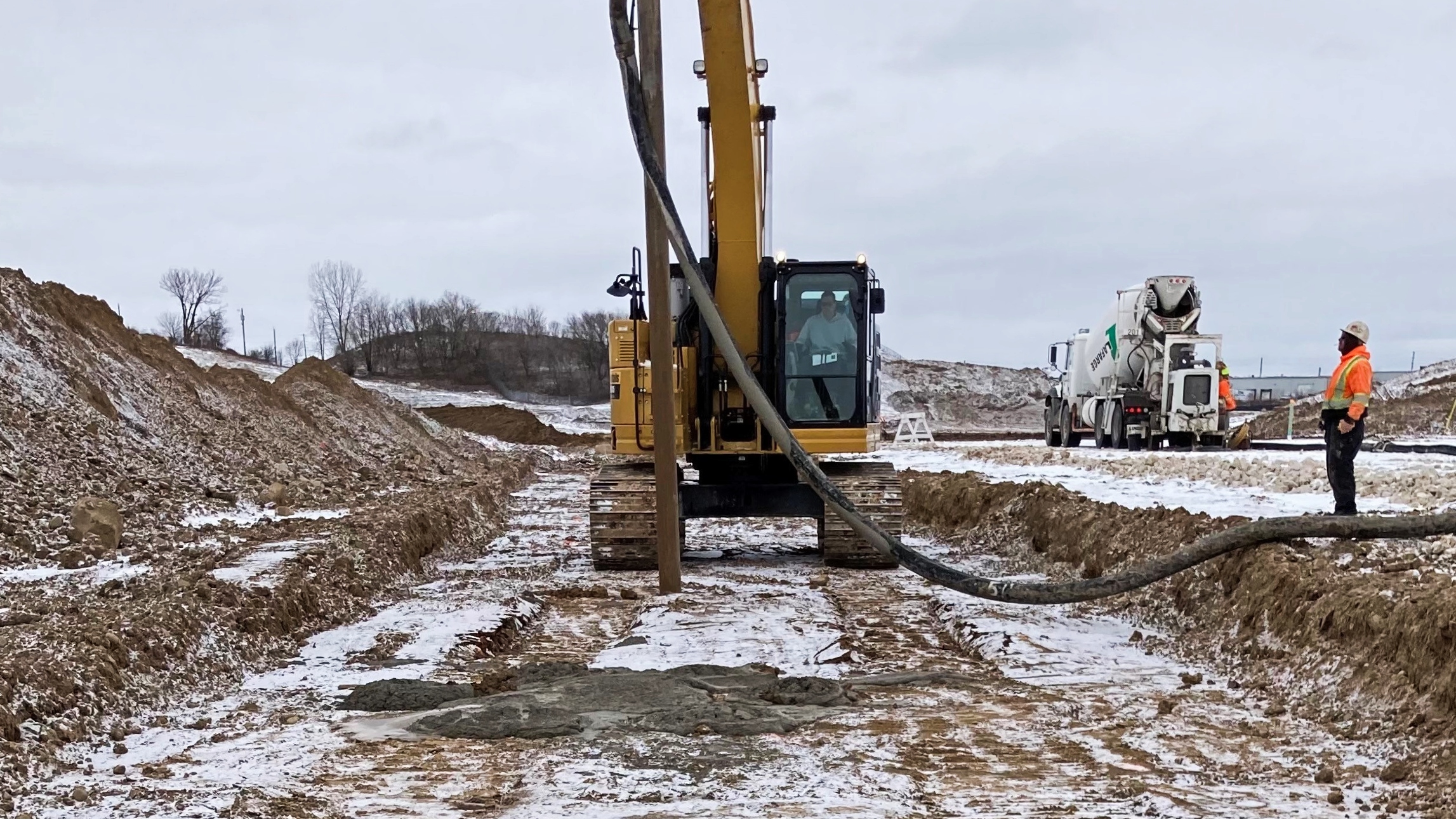