As part of the improvement of Route 389 in Baie-Comeau, it was planned to install a surcharge to consolidate the underlying soft clays. The installation of Vertical Drains and surcharges was required between chainings 30+180 to 30+275 to consolidate the soil—the anticipated depth of the drains for the 30+180 to 30+275 chains varied between 14 and 20 m.

The aquifer was located between 0m to 1.0m below the natural ground level (TN), according to data from geotechnical drilling.

Menard Canada installed the Wick Drains to the refusal according to the square mesh of 1.7 meters, established and under the supervision of the consultant. For the treatment area representing an area of ​​4000 m2, the thickness of the working platform of 0.9 m could be crossed using the vibration of the mandrel.
Menard Canada Canada proceeded to install Vertical Drains for the two sectors; approximately 1216 Vertical Drains were made with an average depth ranging between 18 and 22 meters.
A total of 25,310 ml of Vertical Drains were installed across the two sectors. 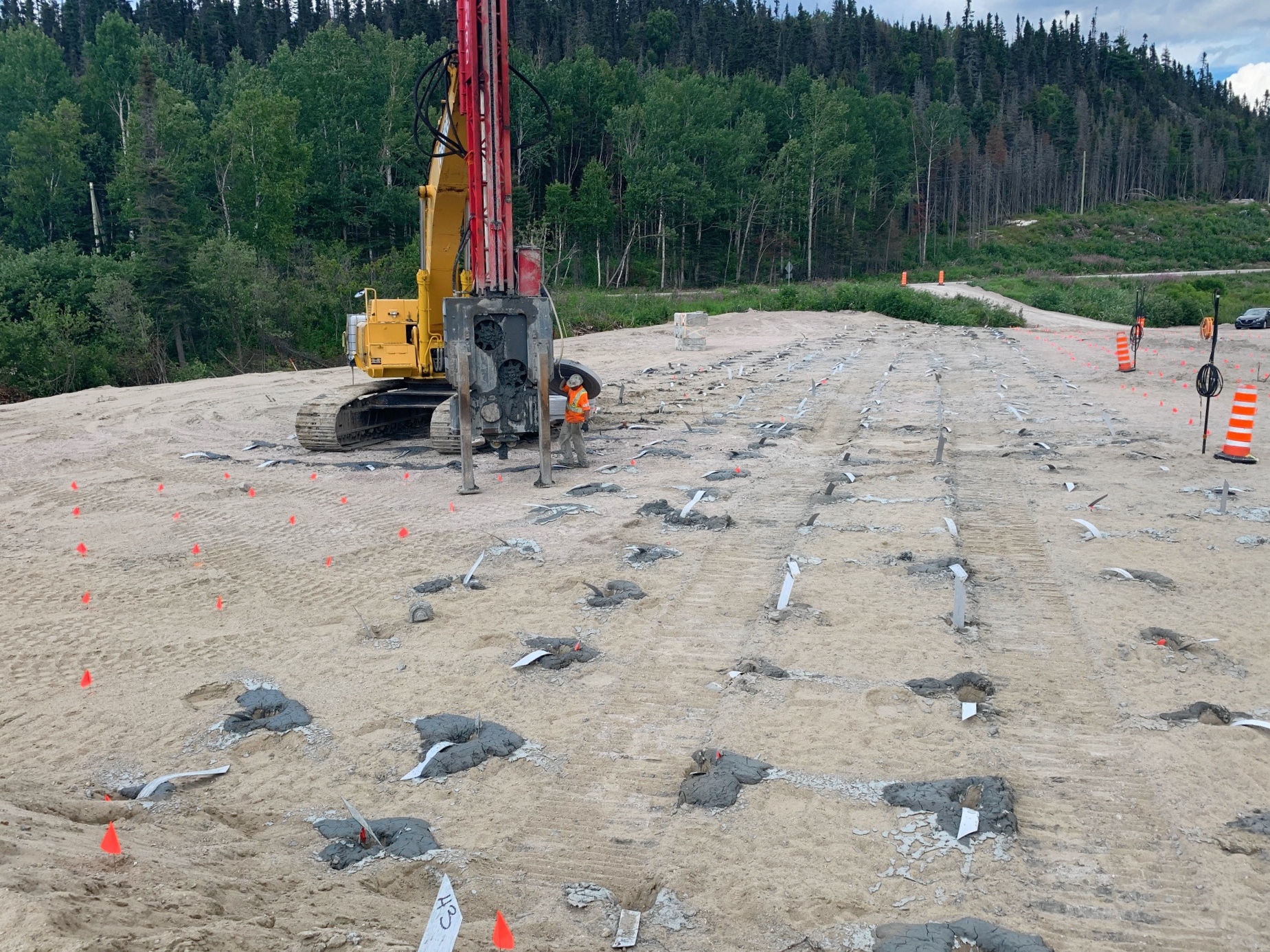