Following its alternative proposal to the piles, Menard Canada received the mandate from Deric Construction. to carry out soil improvement for the construction of a future Quebec-QSL Stevedoring multipurpose warehouse.

The solution of Controlled Modulus Columns (CMC) was chosen to reduce settlements and ensure the required bearing capacity. The area of ​​the future building is 4839 m2.

The geotechnical data extracted from the drilling reports indicated the following profile:

The performance criteria were to obtain a settlement of less than 124 mm for the slabs under loads of 150 kPa and 104 mm under loads of 30 kPa for the strip footings. Controlled Modulus Columns (CMC) were made with only one piece of equipment from work platforms. Reinforcing bars were added to protect the CMCs of the slab against freezing. Four (4) static tests were carried out and made it possible to validate the assumptions used in the dimensioning. 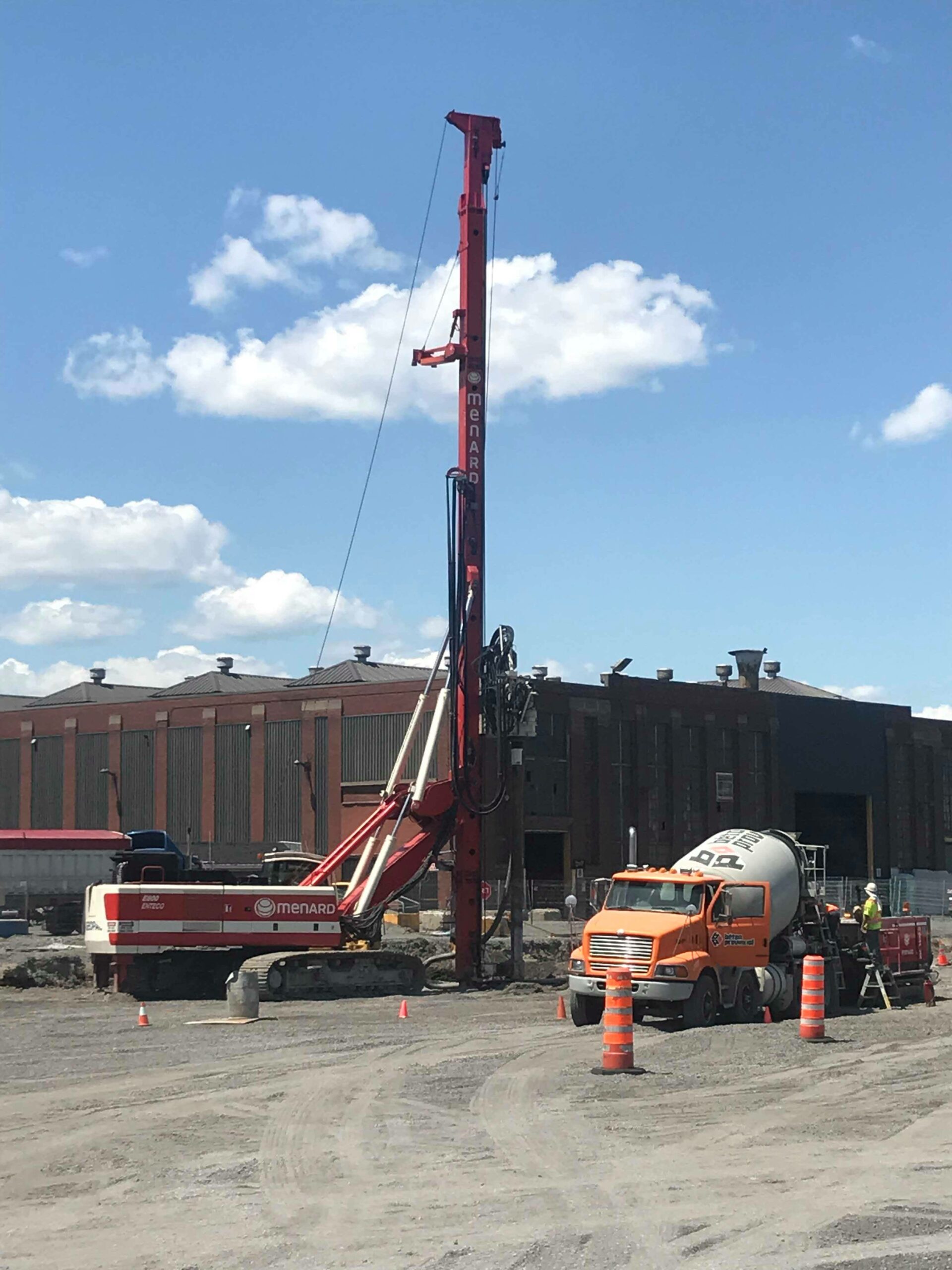